— Some centenarians show resilience to cognitive decline, despite brain pathology 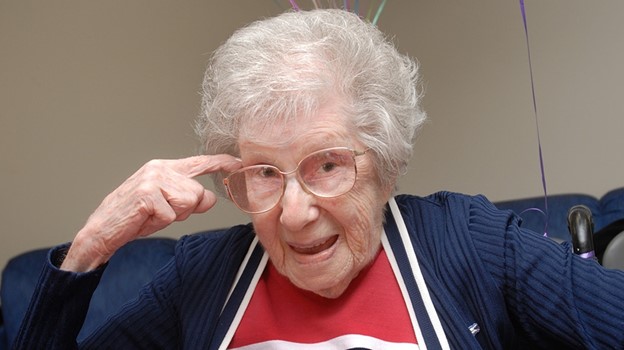 Cognitive reserve and physical health factors were tied to levels of cognitive performance, but not to decline in function. Postmortem findings in 44 participants showed varying loads of amyloid beta, neurofibrillary tangles, and neuritic plaques, none of which were linked to cognitive performance or decline.

“Thus, 25 years of dementia risk in the younger population is compressed into 2 years in centenarians,” the researchers added. “This indicates that prolonged stability of cognitive functioning in centenarians may be considered more extraordinary than in nonagenarians.”

“While a mean follow-up of 1.6 years might at first blush seem short, for a segment of the population where annual mortality is approximately 30%, this is a relatively long time and an important positive feature of the work,” noted Thomas Perls, MD, MPH, of Boston University School of Medicine, in an accompanying editorial.

People who enroll in centenarian studies often are better off than centenarians in general because of volunteer bias, but “this is acceptable because the authors explicitly state that they studied a population of cognitively healthy centenarians,” Perls wrote. “As extreme outliers, these centenarians are likely an informative cohort for discovering behavioral, environmental, and/or biological mechanisms of resistance and resilience to Alzheimer’s disease and related dementias.”

The research included neuropsychology test data and postmortem neuropathology reports about Dutch centenarians who participated in the 100-plus Study between January 2013 and April 2019. Participants self-reported being cognitively healthy, which was confirmed by a proxy.

Median age was 100.5 and most participants (72%) were women. Mini-Mental State Examination scores were a median of 25.2, suggesting normal cognition. Most people in the study could walk independently (79%), and had good vision (66%) and good hearing (56%). Nearly one in three (30%) had a prior stroke or transient ischemic attack, and 63% had hypertension.

Carrying an APOE4 or APOE2 allele was not significantly associated with performance in any cognitive domain or with rate of decline. “This may suggest that the effects of APOE alleles are exerted before the age of 100 years,” Holstege and co-authors noted, and is in line with populations studies that show the fraction of APOE4 carriers decreases progressively in 80- and 90-year-olds.

The study had several limitations, Holstege and colleagues noted: the sample is not representative of all centenarians, and unmeasured confounders may have influenced results.

The study was supported by Stichting Alzheimer Nederland, StichtingDioraphte, and Stichting VUMC Fonds.

The editorialist reported no conflicts of interest.

The material on this site is for informational purposes only, and is not a substitute for medical advice, diagnosis or treatment provided by a qualified health care provider.